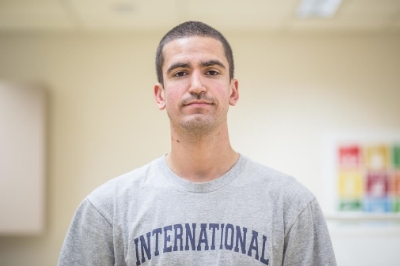 Paul Cortes grew up in the Bay Area and has been coaching basketball in San Francisco for the past 5 years, coaching at the recreational, AAU, and High School level. Paul first started coaching basketball as a Recreation Leader for the San Francisco Recreation and Parks Department in 2011, where he began by working the Minnie and Lovie Ward Basketball Camp that summer. After the summer session, Coach Paul and ML Ward Camp Director Darna Stewart worked together to organize skill clinics for neighborhood youth at Ingleside United Presbyterian Church, as well as co-coaching multiple teams together for Rec and Park.

Impressed by the talent and enthusiasm of several of the kids at the camps, Paul and Darna decided to form their own AAU team, Golden Gate Basketball, which played in multiple tournaments in 2012. Concurrently, Paul began volunteering as a coach for Bay City Basketball. After spending the summer both helping to run Golden Gate Basketball and serving as an assistant for Bay City, Paul joined Bay City in full capacity as the Director of Player and Coach Development. In the years that have followed, Paul has head coached many teams for Bay City, worked at the Sunday Workout Program and worked at the Bay City Summer Basketball Camps.

Paul worked under Coach Greg Grossman at Gateway High School for two years, both as Assistant Varsity and Head JV Coach. The following season, Paul joined Coach Eric Weikert and Coach Jon Shogan at Jewish Community High School of the Bay, as an Assistant Varsity Coach. In both the 2014-2015 and 2015-2016 season, Paul also served as Head JV Boys Coach at JCHS. He also has experience building fundamentals with SF CYO teams. Joining the International Family in 2016, the Varsity Men's Basketball team finished with a 19-8 record, including winning the BCL Central League Championship and finishing with an undefeated record in league play. The team also advanced to the North Coast Section playoffs. The 2017-2018 Jaguars team also qualified for the BCL Central playoffs.

Coach Nick Caruso grew up outside of Boston where he participated in Basketball, football, soccer, and hockey. After years of playing them all, he grew a passion for basketball when he began to play on the AAU circuit. Playing with Bay State Jaguars Select, Nick earned 5 state championships, 3 New England championships and an 11th place finish at the AAU National Championships. Nick then played 2 years of varsity at Wellesley High School where, unfortunately, his career was cut short due to multiple injuries.

As Nick stepped off the court as a player, he began to realize his passion for coaching through various summer camps and CYO leagues. As a player, Nick emphasized hard work, toughness, and companionship; he hopes to instill all of those values for his teams from the sidelines.

Coach Caruso ventured to San Francisco in 2014 to attend City College of San Francisco, where he majors in business management. He is hoping the skills he learns in the management world can provide a new perspective to his coaching experience. While in San Francisco, Nick has served as a head coach for the past 3 years at Bay City Basketball. Coaching boys grade 7-11, he has enjoys the competitiveness and intensity that comes with the AAU circuit. He has also served 2 years as the JV assistant at University High School in Pacific Heights. Nick hopes to bring his passion for basketball and coaching expertise to the International basketball program.

While we are still working out details, we know that we will not be starting a traditional fall season on November 2nd, as originally planned. Our Athletic Department is working with our coaches to hold regular, synchronized workouts and team meetings for student-athletes closer to their scheduled season.